The work of digitalizing original film editions to restore their images and sounds is featured in Part 2 of “Artisans Behind the Scene” which is a series of articles run by a web magazine JFF+ (JFF Plus).

Focusing on the films directed by Kinuyo Tanaka, The Moon Has Risen (1955) and Forever a Woman (1955), the article carries an interview with our company’s Riko Fijiwara and Takahiro Hijikata who coordinate the restoration project.

What exactly does the job of digitally restoring films—to keep the original masterpieces alive by utilizing digital technology—entail?

Fujiwara and Hijikata talk about their thoughts regarding the film restoration job, while the article describes how our client and our tech team worked together to carry out the restoration process by unravelling one by one of the film director’s intentions at the time of the makings of these classic films.

We invite you to read this article, “Sharing old masterpieces from Kinuyo Tanaka and others with the world through digital restoration”
https://jff.jpf.go.jp/en/read/interview/imagica/

JFF+ (JFF Plus) is a website operated by the International Cultural Exchange Fund, with an aim to introduce Japanese movies to the people outside of Japan. The series of articles “The Artisans Behind the Scenes” introduces multiple work of professionals including directors, producers, actors, scriptwriters, camera operators, and art directors, who come together and put their knowledge to work in filmmaking, and each article features one of such supporting roles of filmmaking. 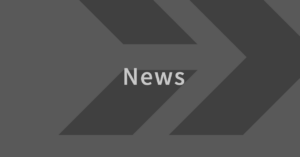 Relocation of the Tokyo Imaging Center

This website uses cookies to improve your experience while you navigate through the website. Out of these cookies, the cookies that are categorized as necessary are stored on your browser as they are essential for the working of basic functionalities of the website. We also use third-party cookies that help us analyze and understand how you use this website. These cookies will be stored in your browser only with your consent. You also have the option to opt-out of these cookies. But opting out of some of these cookies may have an effect on your browsing experience.
Necessary Always Enabled
Necessary cookies are absolutely essential for the website to function properly. These cookies ensure basic functionalities and security features of the website, anonymously.
Functional
Functional cookies help to perform certain functionalities like sharing the content of the website on social media platforms, collect feedbacks, and other third-party features.
Performance
Performance cookies are used to understand and analyze the key performance indexes of the website which helps in delivering a better user experience for the visitors.
Analytics
Analytical cookies are used to understand how visitors interact with the website. These cookies help provide information on metrics the number of visitors, bounce rate, traffic source, etc.
Advertisement
Advertisement cookies are used to provide visitors with relevant ads and marketing campaigns. These cookies track visitors across websites and collect information to provide customized ads.
Others
Other uncategorized cookies are those that are being analyzed and have not been classified into a category as yet.
Save & Accept